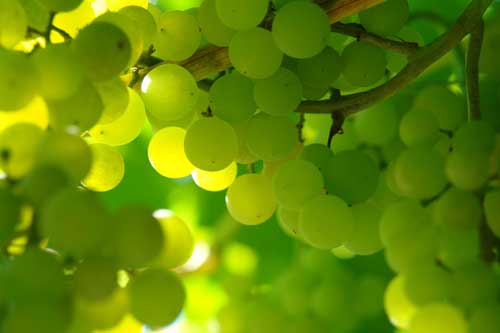 What is Cosmetic Microcurrent?

MicroCurrent Technology is the only aesthetic treatment available that can physically firm and tone the skin through muscle re-education. This process of a gentle ‘re-education’ of the fine facial muscles stimulates them with very small amounts of electricity. MicroCurrent is a specific amount of electricity that mirrors the body’s own natural current and works in harmony with the body’s electrical system.

MicroCurrent impulses trigger a chemical reaction at a cellular level to increase the effectiveness of how our bodies use ATP (adenosine triphosphate), a protein that is referred to as ‘the energy of life’. MicroCurrent mimics the electrical signals from the brain to the message center of the muscle, which is the tendon, the MicroCurrent stimulates the tendon thus aiding in strengthening the muscles by bringing more definition to the face and body. By reproducing the body’s own biological current we can re-establish muscle memory naturally.

For muscles to contract they need energy, that energy comes from adenosine triphoshate ( also known as ATP.)  ATP is the only energy source that muscles have to power their activity and these muscle fibers store only a limited supply of ATP. So, by increasing the supply of ATP to these muscle fibers MicroCurrent plays a crucial role in cell metabolism and plumping up those slack muscles. MicroCurrent also enhances fibroblast activity (collagen) and protein synthesis (elastin) because of the increased activity of ATP.

What are Cosmetic Microcurrent Treatments?

The cells of our bodies can be viewed as miniature batteries with their functioning being governed by low-level (Micro Current) electrical impulses. It has been postulated that these Micro Current Electrical impulses run our entire body’s Physiological processes. Two German research scientists, Dr. Sakman and Dr. Neher won the Nobel Prize for their work on the response of Micro Current on the physiology of human cellular membranes. Micro Current’s electrical impulses, depending upon the frequencies used, would cause an opening in the “voltage sensitive cellular ion channels”. Their research showed that each cell contains between 20 and 44 different ion channels, each being specific for a particular nutrient: calcium, magnesium, sodium, etc. Their research further showed that Diabetes was a deficiency of ATP-controlled ion pump or ion channel which interferes with pancreatic insulin production; Cystic Fibrosis was a result from a missing or deficient Chloride ion channel. There were also applications for heart disease, epilepsy and disorders affecting the nervous and muscular systems.

Later it was shown that this pulsation of the cell’s membrane allowed for a process known as “Electroporation” whereby toxic material (including heavy metals) trapped inside the cell could be “electrically pulsated” out. MicroCurrent became the therapy of choice in many auto-immune clinics around the world. Dr. Robert Beck of Santa Ana, California and a group at Albert Einstein College of Medicine in New York both did simultaneous research on the positive effects for treating AIDS, HIV and Hepatitis, Epstein-Barr and Herpes B. Users have experienced a negative surface anti>10/19/2005 after 30 days of treatment. The New York group showed that this minute electrical current (50 – 100 microamperes) altered the outer protein layers of the HIV virus so as to prevent its subsequent attachment to receptor sites in the blood. The group received a patent for their process of the application of MicroCurrent impulses in cleansing blood.

In May 2003, Dr. Roderick MacKinnon and his research team further defined the mechanism by which Potassium and Sodium can enter the cell and create a balanced feedback loop. It is done through positive and negative ionic charges directed by nerve and muscle impulses and happens in a few milliseconds.

These electrical impulses are routinely measured by our Medical establishment and all your EKG’s, EMG’s, EEG’s and ECG’s measure electrical activity within our bodies. The FDA has approved Micro Current therapy for the following conditions:

Dr. Stuart W. Titus formed the Titus Research Foundation to explore and develop enhanced Micro Current technology, application procedures and to expand the areas of clinical treatment. After years of testing different electrical devices and being discouraged with the choice of Micro Current devices on the market, Dr. Stuart Titus decided to create his own line of device. His tireless dedication to the field of electro-medicine and his work on over 37,000 patients has yielded the highest quality devices.

To get a better understanding of how Micro Current can benefit natural facelifting Fascia and Collagen, take a look at our research articles including: Micro Current Applications for Anti-Aging, Wound-Care & Facial Rejuvenation.

Here are our current services, information on booking can be found here